4-CEC (also known as 4-Chloroethcathinone) is a stimulant of the cathinone class. 4-CEC is officially known as 1-(4-Chloro-phenyl)-2-ethylamino-propan-1-one. The chemical formula is C11H14ClND.

4-CEC is listed as a Cathinone. Cathinone is also known as benzoylethanamine, which is found in the plant Catha Edulis which makes it very similar to methcathinone, cathine, and other amphetamines that are known to create a stimulant effect. Cathinones help in releasing dopamine while slowing the re-uptake of serotonin, epinephrine, and norepinephrine into the central nervous system.

Be the first to review “Buy 4-CEC Crystal” Cancel reply 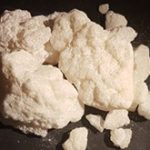